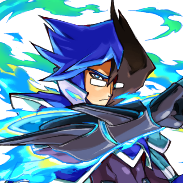 
A new update has appeared hooray! As the saying goes New Year New Me (although we're about 19 days into it already!), since I've launched the rework of the website I may as well create a new update too.
We've been getting busy and again apologize for the delays in updates, as updates will be getting less frequent. We're doing our best to make update content , but we'll be focusing more on developing the games content as things are kicking into the next stage.

As mentioned in the previous updates the engine rework is still in full scale production. We're nearing to the point where we can say that it's almost as close to where it was before but with a few extra features implemented primarily the battle system. Majority of the main features as you've might have seen in the past have already been redone save for a few leftover actions for Ratio which will go hand in hand with the new updates i'm about to show. The Enemies are currently in production as Ratio's Actions in the game is nearing completion and I needed some enemies before actually progressing.

The next section is regarding the enemies in which they have a few changes reworked to their patterns. Enemies when in groups will fight a bit smarter and try to fight together in a way similar to actual beat-em-up games.

Here are a few changes.

With that out of the way those are the bigger changes and we'll be moving forward to actually reworking the rest of the enemies that you've seen in the demo thus far and hopefully more enemies along the way.

We're currently revising the new intro stage since the previous one were very prototype assets. We may put out a new updated demo available since it'll reflect all the new changes that we're doing and will make the old one outdated and obsolete. We currently don't have an ETA on it and it won't be anytime soon either. But we'll make sure to keep everyone in the loop. After this initial demo to the public all other future Updates will only be available to beta testers Only.

Extra updates
I've been meaning to put this as it's own update but things have gotten busy and haven't had the time to write it up. So here it is now.

Lately I've been working on finding ways to make juicy effects for the game. This is still a prototype but can make way for a lot of interesting features in the game. One such effect I've been working on is a Voronoi fracture (shatter) effect. In fact the shatter effect was already done previously which is what you guys saw in the KS video.

But that one was to primitive and wasn't dynamic enough. The process was insanely tedious too due to the fact i had to pick out the points manually one by one by mouse click.

So i decided to create a new effect which was much more dynamic than the first one. I won't explain too much about the process because maths ... which suck at, but here's the new prototype for something greater. You can probably see how it can be used and added to the game to bring impact or cut-down costs on making new assets.

And now its that time again where we depart from the updates.  Thank you for reading thus far and keeping interest in the project!

Hello Everyone!Today we have a short update for you guys. As you know we're still currently revamping the enemies, But we're working on some stages Side by side. Firstly I'd like to officially anno... 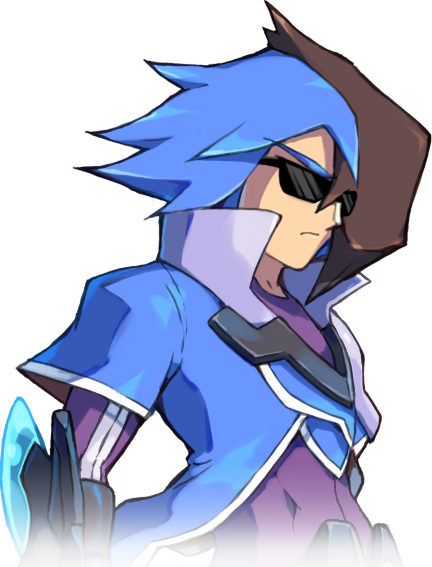